Advanced Task Killer 2.2.1B216 apk, update on 2016-08-11
The Most Classic Task Killer or Task Manager, Speed Booster, Battery Saver. Advanced Task Killer helps over 70 millions Phone. You can use it to kill applications and boost memory. It doesn't speed up or save battery directly. However if you kill any apps consuming battery or CPU, you might feel it speed up your phone and saved your battery.
*Services and front apps cannot be killed directly, you have to ignore or 'force stop' them*
Features:
-Ignore List
-One tap widget
-Auto kill
-Customize item height

ATK is often used to kill app and clean memory. We do suggest people use ATK manually kill apps instead of auto killing app.

ATK is pretty simple. Open this tool and take a look at the running applications list? Uncheck some apps you don't want to kill (such as Advanced Task Killer and some system apps) Tap the button 'Kill selected apps', it will kill all applications checked.

If you don't want to kill any app, you can tap it on the running applications list. Then it's checking box will turn to gray.

3. Why there are app running that I haven't used or even opened?

Some app will start up once you turn on your phone or be invoked by some events.

Ignore list is for you to ignore some app you don't want to kill. If you long press on the app listed on the main screen of ATK, the menu will pop up, then you can select 'Ignore', the application would be moved to ignore list. When you tap 'Kill selected apps', it won't be killed any more.

5. What is default action for long press?

6. Why I lost my network connection after I tap 'kill selected apps'?

This is because some apps related with network connection are killed, such as 'voicemail'. You can ignore it instead of killing it.

7. Why my Home reloaded?

This is because some apps related with Home are killed. Such as 'HTC Sense', 'Mail'(if it is integrated with Home). You can ignore it instead of killing it.

8. Why I cannot receive notification of Email?

This is because you killed 'Email'. Instead of killing it, you need to ignore it.

- Crazy: All apps except for apps you are using with.

You should be able to see Auto Kill information shows on the title, like 'Auto-Kill: 12:20'. That means auto kill will start at 12:20, you can also change the frequency to impact the auto kill start time.

App killer is only a tool to kill apps and task. It won't help your battery directly. But if you kill any app which consumes battery a lot, you might think app killer is helping your battery.
Advanced Task Killer Pro is paid version which doesn't contain ads.
Note: For android 2.2 and later version, task manager cannot kill services and front apps, you have to force stop them. If you use task manager to kill them, services might restart; also notification won't be erased from the top bar. So we don't suggest people use task manager kill them.

Richard Craig
Still gets updated!
Was surprised to finally see a rather huge update recently... I've been using this app for years and years, and it's rarely let me down.

William Adams
Big homescreen icon again?!?!
Why do you insist on making the homescreen icon so much bigger than other apps icons? It is pointless. Edit: thank you for the fix! Looks great now!

Josh Cross
Note 5
It stopped showing me this app shortcut on the notification bar. I've tried everything and it just won't show back up 5 stars for sure if that works!!!

Ryan Roussin
FIX THE WIDGET SIZE
Seriously. Stop with the huge widget. I don't know what the idea is behind it. It's so off-putting I won't even add it on my home screen. EDIT. thank you for fixing the widget.

Spenser Hammond
Doesn't work
The app completed reformatted. No icons show up on the left side it's just purely computer code. I'm using a galaxy S5. I can't even delete the apps it just says "check". Not sure if this is a glitch or?

Karen Stevenson
Last update changed everything...
I have been using this app for years on different phones without a problem. On 4/25 I did latest update and now everything changed to green and even manual force close doesn't work on apps. Sent email, restarted phone 4x, uninstalled, and reinstalled, nothing works. Guess will have to find another app. : (

Phillip Nelson
Update Ruined
I used to love this but now I hate it. The list of tasks is now a mess and it doesn't seem to close anything.

kenneth Knight
Update ruined this app
Used to be 5 stars , now 1 only because I can't give zero. It does not show icons anymore only code. When try to kill unwanted apps it just sets me back to home screen and all apps I killed are still running. I'm going to uninstall. Found way better apps than this. Then to top it off it keeps asking me to uninstall the competitive applications I have on my phone .

Dacia Vance
I HATE LAST UPFATE!!!!!!!
All my settings are the same as always but now when I clear apps there's 60, then 20 or more at a time. WHY ALL THESE APPS RUNNING NOW??!!!

A Google User
Icon Change -Still no original icon
Aug. 2016 Update still doesn't give option to use the original 3D looking icon. The April 30, 2016 Update changed the icon. Can I roll back to the older icon that was 3D looking and cuter? It was one if my favorite app icons, but now it is an unattractive looking one. I don't like the new flat 2D icon. Also, not the fan of the new "Boost" button designation.

Vincent Rubino
Doesn't work on Android Nougat
My nexus 6p was updated to Android nougat and now the app no longer works. It still opens and tells you the available RAM but no longer has a list of apps using memmory and when you click "boost kill" the app crashes and closes

Paul Walker
Android 7 failure
I've had this installed on all my android phones. Upgraded to nougat. This app no longer works. Shame, now being uninstalled

J.C. Blutongue
THANK GOD YOUR BACK !
I've been using this app for yrs. I LUV IT ! My phone recently had a system update. All of a sudden this app wasn't working. OMG ! I had to download 3 apps to equal what this 1 does. Those apps combined used 200 MB of my space ! Holy cow ! I'm so excited that after 1 wk w/o this app, it's found compatible once again w/ system updates on my NOTE 5. THX team ! ♥ I highly recommend this over any similar app. 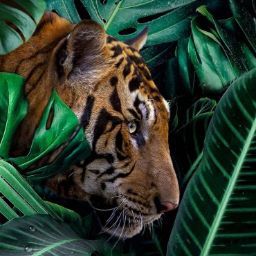 J.C.
I've been using this app for yrs. I LUV IT ! My phone recently had a system update. All of a sudden this app wasn't working. OMG ! I had to download 3 apps to equal what this 1 does. Those apps combined used 200 MB of my space ! Holy cow ! I'm so excited that after 1 wk w/o this app, it's found compatible once again w/ system updates on my NOTE 5. THX team ! ♥ I highly recommend this over any similar app.